Even if you’re not a master carpenter, you likely have a tape measure on hand. It’s one of the 12 essential tools to keep in your toolbox. I’ve had my trusty Stanley 25 ft. PowerLock Tape Measure for over a decade now, and it seems like not a week goes by that I don’t use it for one thing or another: measuring wood; measuring my kid’s height; measuring the dimensions of a room to see if a certain couch will fit within it.

The tape measure is such an ubiquitous household fixture, you probably haven’t thought all that much about it. But there’s more to this tool than meets the eye. Especially the eye of the untrained amateur.

Below we highlight a few things you might not have known about your tape measure, as well as a few tricks from the pros on how to get even more use out of it. 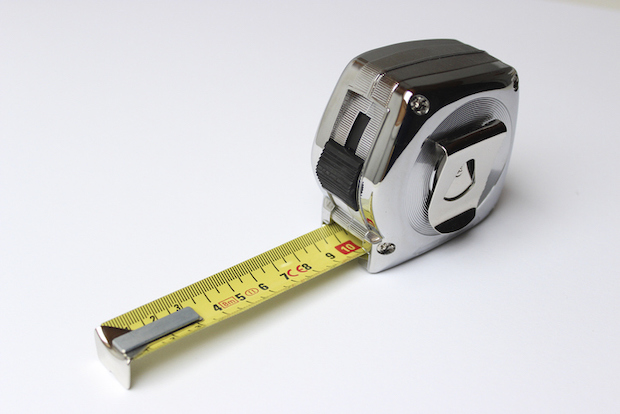 Why does my tape measure’s hook slide up and down?

You may have noticed that the metal hook at the end of your tape measure slides up and down a bit. No, the hook hasn’t inadvertently come loose. It’s actually made to do this.

The tape’s sliding hook and 1/16-of-an-inch truncation create a simple but ingenious way to ensure you get a “true zero” measurement whether you’re measuring the outside or inside of a surface.

The metal hook is exactly 1/16 of an inch thick. If you’re measuring the outside of a surface and hook your metal end on the edge, that metal hook will shift out and create a gap that equals the space the hook takes up.

If you need to measure the inside of a surface — like in a window frame or inside a drawer — you want to count the thickness of the metal piece in your calculations. So as you push the tip against something, the hook is included in the measurement.

If this idea seems a little hard to wrap your mind around, this video by Tom Silva from This Old House will help it click.

The slide in the tape measure’s metal hook has been calibrated so that it moves just enough to give you a “true zero” measurement, whether you are measuring inside or outside an object.

But if you don’t take care of your tape measure, that calibration can get thrown off, resulting in inaccurate measurements.

One of the most common ways to ruin the slide on your hook is by letting the tape recoil quickly, resulting in the hook slamming into the tape measure’s case.

To prevent that from happening, as the tape slides back into the case, place your finger in between the case and the hook to stop the tape’s momentum before letting its remainder retract. This is less jarring on the hook and will ensure years of true zero measurements.

If your kids are like mine, not only do they like to play with your tape measure in general, they like to extend the tape all the way out to 25′ and then let it roll back in as quickly as it can. If this didn’t already annoy you, now you have a legitimate reason to tell them to knock it off.

What’s the divot in your tape measure’s hook for? 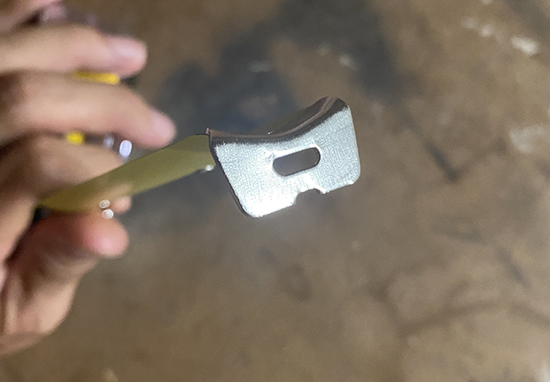 You might have noticed that your tape measure’s hook has a small divot, and you might have never thought that the divot was there for a reason. But, dear reader, it is.

Allows you to take measurements when you’re by yourself. If you’re alone and need to take a long measurement but don’t have a way to anchor the end of your tape, you can drive a nail or screw into the wall/floor/piece of lumber and hook the tape onto it. Bam! Instant second hand!

From The Essential Craftsman

Why do some numbers have red squares around them? 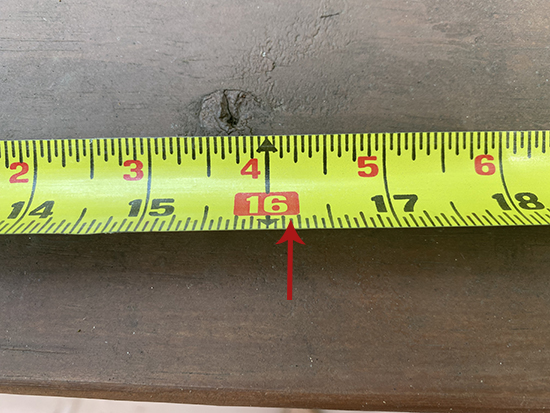 Well, in the United States, framing studs and floor joists are usually spaced with 16-inch-on-center spacing. That means the center of one stud to the center of the next stud over is 16″.

The red squares just allow you to see that 16-inch-on-center spacing quickly.

While this feature is vital to framers and drywallers, it can also come in handy for the average dude trying to mount a TV or bike rack on the wall. If you know where the center of one joist is, you can quickly find the center of the next one by glancing at your tape measure.

What are those small black diamonds on my tape measure? 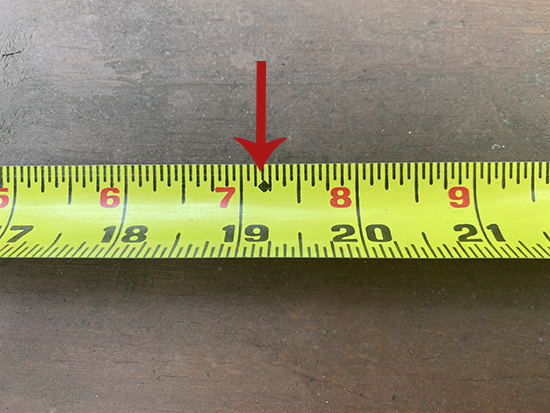 This marking on your tape measure is a bit esoteric, and likely won’t be used by the average DIYer, but it’s cool to know.

On most tape measures, you’ll see a small diamond every 19.2″.

If you want to achieve equal spacing for 5 framing members within a 8’ span (some carpenters like to put five trusses per 8 feet, so the sheathing over the framing is stiffer), these are handy markings: 8 feet = 96 inches, so that if you want to place 5 studs equally distanced apart, you will place them every 19.2″.

As I said, the average DIYer probably won’t use these markings, but it’s a cool thing to know.

A Study Finds That Stroke Recovery May Depend On When Rehab Starts : Shots

Does Vitamin B6 Need a Warning Label?