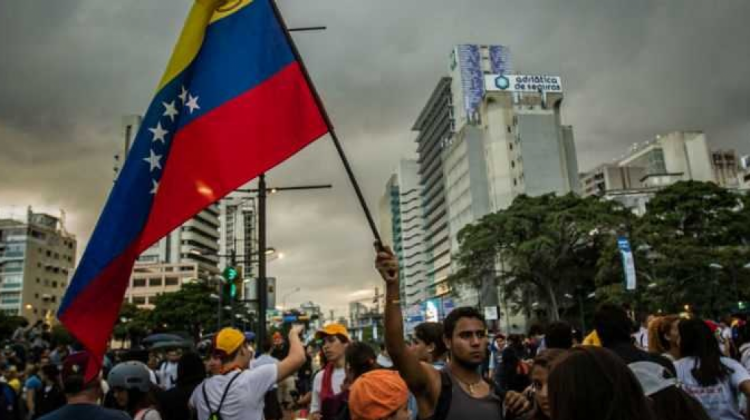 The official opposition is in the terminal, defining stage of denial and anger, without decisions, in the ambiguous and convenient limbo of timely imprecision. The crisis that affects them, as a result of the questionable administration of assets abroad, refusing to render an account, is serious. For those in love with the moon, reporting irregularities and mistakes is betraying the fight. The abstracted argue that it should be muted so as not to harm. Fearless accuse silence of being an accomplice. And the vast majority of citizens believe that Venezuela must know the truth. To silence? Report? Play the asshole? But the last disappointment and failure was enough. Pretending to blame the warned electoral disaster for exercising the constitutional right not to participate is astonishing stupidity. The responsibility lies solely with the useless, complacent, cohabiting and corrupt leadership.

The promoter of the fraudulent electoral comedy cannot execute it without the support, protection, defense and complicity of the figures who pretend to be contrary, corrupt, in the attempt to weaken the international strategy, which has managed to destabilize the dictatorship. The citizen neglected the call of the false opposition, and before the overwhelming rejection of the population, he must review himself, make self-criticism with a true intention of penance, repentance and a real will to correct. It has cost blood, sweat and tears for the citizens of principles, values ​​and good manners to get rid of the vile blackmail of the unit and the dictatorial affront of the G4, fortunately, in a destructive phase. They lost blush and modesty.

For a long time we were a bipartisan country. Independence and pro-monarchist, then Bolivarian and anti-Bolivarian, then liberals and conservatives, later centralists and federalists, pro-Tachirenses and pro-democrats, social democrats and social Christians, now Chavistas and anti-Chavistas.

The difference in that tradition was not made by politics – without denying merit to valuable and important leaders – but by economic reality, oil. From rural Venezuela, sick with malaria, peons and espadrilles, caudillos, civilians and military men, we went to the country that welcomed world modernism with open arms and we did so at the hands of daring oilmen, learning there was a different world, in addition, based on the demonstrated Venezuelan capacity, the opposition that will be in charge of changing Venezuela again.

Not the skillful of arachnid scorpions to adjust to Castro’s imposition. The compendium of historical failures and complicities; humiliations and defeats, confuse and disappoint the citizen, sacrificed for lack of guarantees; coupled with the stupidity of hiding in nonsense: the regime asks for cocoa; the president is the loser; Castro communism is about to fall, and to top it off, the regional ones were useful for that. Besides being a lie, he is an idiot of buffoons. There are no democratic elections, when they do not pursue democratic ends. Dictators, tyrants do not measure themselves and never lose, in the end, they manage to further consolidate their dictatorship, after all, it is their only objective.

Neither the fantasy, selfishness, fables and trifles, betrayals, appearances and falsehoods; but the one that is alive in the majority of young people and not so much. Who knows to keep the promise and assumes responsibilities as a challenge and objective. The majority, more than 70%, who have seen their leaders back down amid failures and fatuous illusions, ambitions that prioritize partisan and personal greed, incompetent to dilute the power of the force.

That wonderful opposition that throbs, breathes but is not yet fully visible. What the union understands is not simple electoral and individual convenience, but rather an objective of the country, the national flag, conviction of conduct, values ​​and principles. It is the opposition that we hope will escalate to positions in which they have to demonstrate, rather than aspire to govern, honestly and deeply feel the Venezuelan roots, and however they are and decide to act, so will the Venezuela they will forge. Venezuelans will once again be a source of pride.

That opposition exists, it is there, latent, eager to emerge in entrepreneurship, universities, trades, parties, it is the extraordinary civil society. Not the one that obeys the orders of ignorant, heartless and incapable of coming out of their shells, to see beyond the maruto; but the one that breaks crusts to fill itself with the air of freedom of both rights and duties. That opposition exists, although it does not have a spokesperson or is interested in short-term leaders and myopic looks. The world feels it, knows it, expects it.

Independent journalism needs the support of its readers to continue and ensure that the uncomfortable news that they do not want you to read remains at your fingertips. Today, with your support, we will continue to work hard for censorship-free journalism!

PSG vs. Nice live: broadcast of the match by Ligue One via ESPN

Catalina Lobo-Guerrero: “Hugo Chávez was a master of the show” | Culture

Order of the Counselor of Business, Employment, Universities and