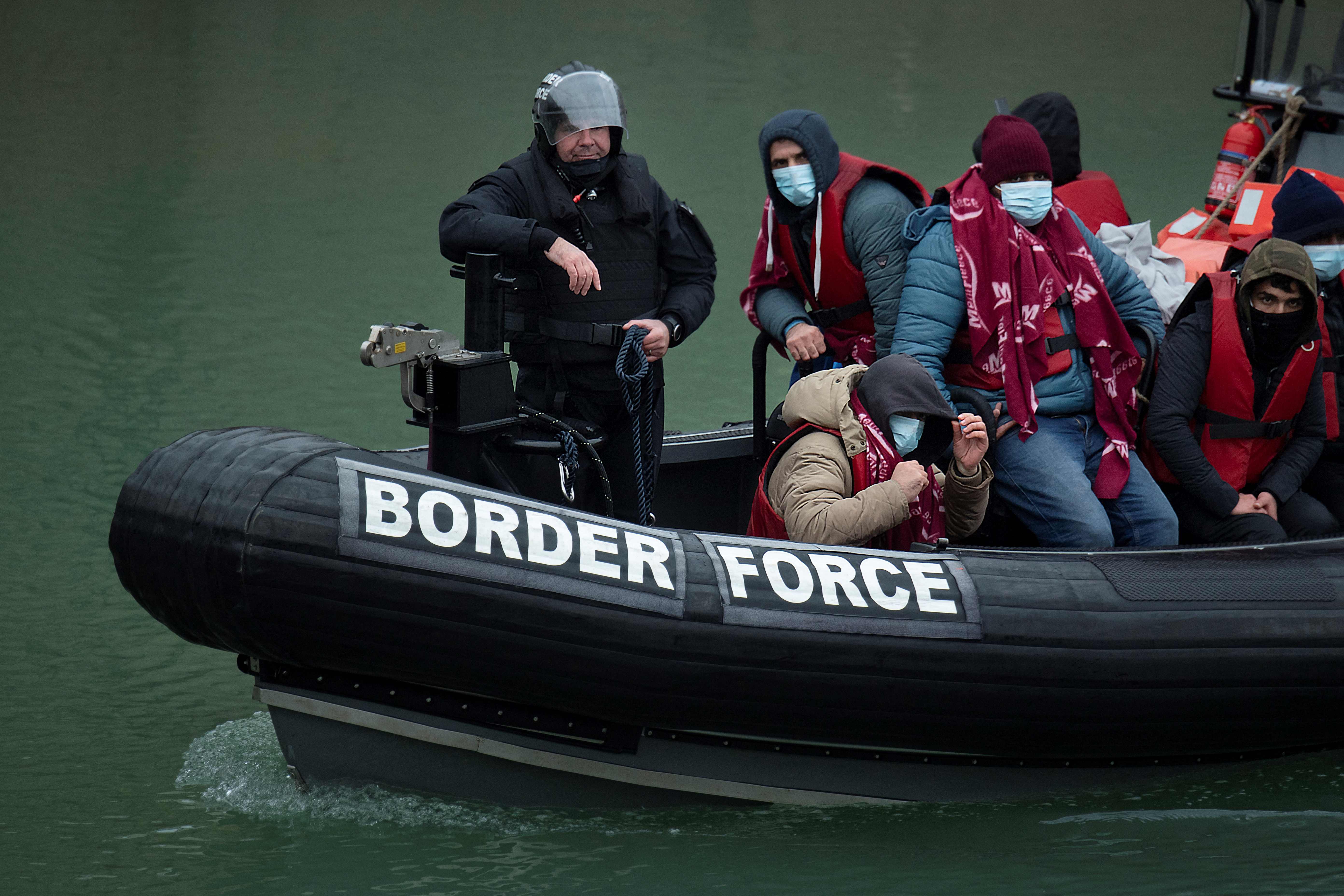 British Home Secretary Priti Patel is no longer welcome in France. His French counterpart, Gérald Darmanin, has withdrawn this Friday the invitation launched the day before to participate on Sunday in a meeting of European ministers to address the migration crisis in the English Channel, after the death of 27 migrants whose precarious boat was wrecked in the cold waters that join the British and French coasts.

The reason, according to the French press, is the “disappointment” caused by the open letter that British Prime Minister Boris Johnson published last night on Twitter, in which he urged President Emmanuel Macron to have France take over the migrants that they cross the channel through “a bilateral readmission agreement”. The European Union said Johnson in a letter headed by a “dear [querido] Emmanuel ”,“ has readmission agreements with countries such as Belarus and the Russian Federation. I hope that an agreement of this type can be reached quickly also with the United Kingdom ”, he concluded.

The British Government has already reacted to the withdrawal of the invitation. Speaking to the BBC, the UK Transport Secretary Grant Shapps defended Johnson’s letter and said he “hopes that Paris will reconsider its decision.” “No nation can cope with this alone. It is in our interest. It is in your interest. Of course, it is in the interest of people who are trafficked to the UK, with these tragic scenes that we are seeing: people losing their lives, “said Shapps.

Prior to this appeal by the British Transport Secretary, French Government spokesman Gabriel Attal had described the letter from the UK chief executive as “poor in substance and totally inappropriate in form” on BFMTV. With this letter, which for Paris clearly goes against Macron’s request to Johnson not to “instrumentalize” the tragedy of the worst sinking of migrants in years, the British prime minister shows, Attal said, a lack of respect for the work of the coast guard and other law enforcement officers in the area who have prevented tens of thousands of crossings so far this year and saved more than 7,500 migrants who have died in those waters. For the French spokesman, the text is “poor in substance” because that type of agreement for the readmission of migrants that he proposes “is obviously not what we need to solve” the migration issue. What would be needed, he added, is that the British “send agents to examine the asylum claims that concern them from French territory, which they do not do.”

The French Prime Minister, Jean Castex, had announced on Thursday the holding this Sunday in Calais of a meeting of the Interior Ministers of France, Germany, Belgium and the Netherlands, as well as the European Commission and the United Kingdom – which is now gone. invited— with the aim of “defining the ways and means of reinforcing the police, judicial and humanitarian cooperation necessary to better fight against the networks of traffickers that act in migratory flows”.

According to Attal, Johnson’s letter “does not correspond at all” to the content of the conversation that Macron and the British prime minister had on Wednesday night, immediately after the shipwreck. The French president “is fed up with double speeches and the permanent outsourcing of problems” by London, the government spokesman said. “It would be necessary to ask if Boris Johnson does not regret now having left Europe, because as soon as there is a problem, he considers that it is Europe that must manage it. But things don’t work that way, “he added.

The growing bilateral tension between Paris and London It threatens this Friday to break out due to a second bilateral dispute: that of the fishing licenses to fish in British waters agreed after Brexit and that France assures has still not received, a reason that in recent weeks caused an escalation of threats of mutual retaliation.

Meanwhile, French fishermen affected by the non-renewal of fishing permits have already begun to comply with the threat of blocking the arrival and departure of ships from the United Kingdom bound for French ports along the English Channel. These workers prevented a British ship from docking in the Breton port of Saint-Malo on Friday, according to the Reuters news agency. The Gallic sailors surrounded the ship with their ships Normandy Trader, while they held up red flares to block his way. The fishermen have announced their intention to block the French access to the Eurotunnel in Calais.

That certain way of saying “before” | Ideas